You know those things you have in your house that you never use, but can’t seem to part with?

I have them, too.  I think we all do.  But maybe it’s time to let them go… and release what they represent.

The reality is that we hang on to certain things because they represent hope. Hope for what we’ll one day be, do or accomplish somewhere down the road.

This is where we need the “come to Jesus” moment about our values, priorities and the realities of our lives. Because the more we can remove ourselves from the “one day I’ll get to that” mentally, the more free we become to open ourselves up to the things we really do want to explore. By physically releasing that “someday stuff” we’re able to embrace what’s important to us today. 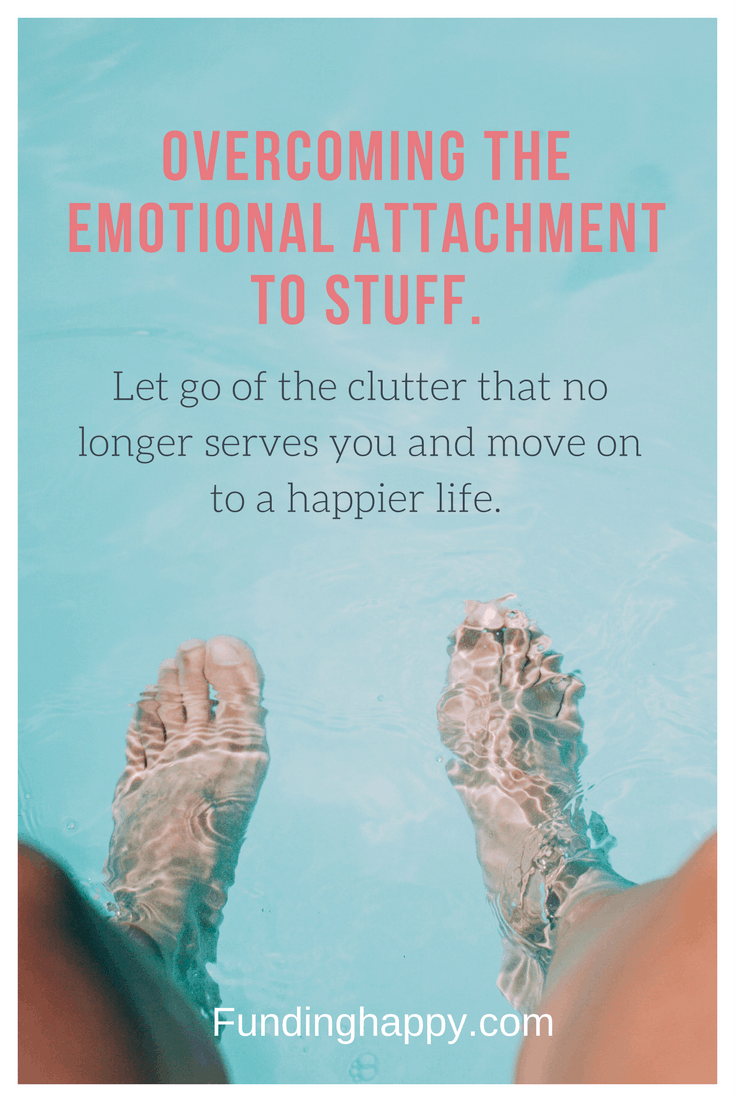 When we’re not ready to release our “someday stuff”, we try to just ignore that it’s there. We rationalize keeping it because it doesn’t take up much space. But there’s an emotional weight that’s associated with it, too. It doesn’t just take up physical space, it takes up room in our minds and hearts. Every time you see that thing you haven’t used in years, there’s a mental heaviness that comes with it. A guilt of failing to do the things we promised ourselves we’d do, even though it’s not what we want anymore.

On the flip side, there’s a mental and emotional lightness to releasing stuff and having more open space in your home. Imagine the lightness you would feel, driving into a completely clean and uncluttered garage. What would your closet feel like if it only contained clothes you loved to wear regularly? How much nicer would your office be if it wasn’t cluttered with books, papers and other things you’ll get to someday.

I’m not suggesting that letting go of “someday stuff” is going to be easy. It’s not. The idea of letting go of my road bike that I haven’t taken out in years feels like I’m giving up on a part of myself that I really loved…. my sense of adventure and competition. It represents a time in my life where I really stepped up into the unknown and crushed a huge goal (doing a half-ironman after not being on a bike since I was 10 years old). That was a big deal to me and my bike is a reminder of the long and hard challenge I endured to reach my goal. Can I really let that go?

For me, I think the answer requires some physical exploration. I need to get back on the bike again and see if my fears of being on the road are greater or lesser than my desire to recapture that adventurous side of myself. Or maybe I need to find adventure in what lights me up now, rather than projecting onto a bike I no longer care to ride.

That’s a hard one that I need to unwrap further, but there are other things that I’m ready to release, like the painting materials that I’ve collected and never use, the many books I’ll never read or the clothes I’ll never wear because I’m not the same person I was before. Those things must go because they’re weighing me down to an identity I no longer want to hold.

Writing this has been a powerful reminder to me that I still have a long way to go on my minimalist journey. Until now, my focus has been on decluttering and letting go of things I know I don’t need or have an attachment to. Now I feel like I’m ready to start releasing that next layer of belongings that are deeply attached to my identity or hopes and desires that are no longer what I want or need.

I guess this is what it means to do the hard work to become who you really are.

Do you have things you hold on to because they represent someone you at some point hoped to be?