Nope, not talking about pyromania. I’m referring to F.I.R.E., which is an acronym for, you guessed it… financial independence + retire early.

Now clearly these are two different things, but they tend to get lumped together.  Since I see them as very separate and unique goals, I’ll define them that way. 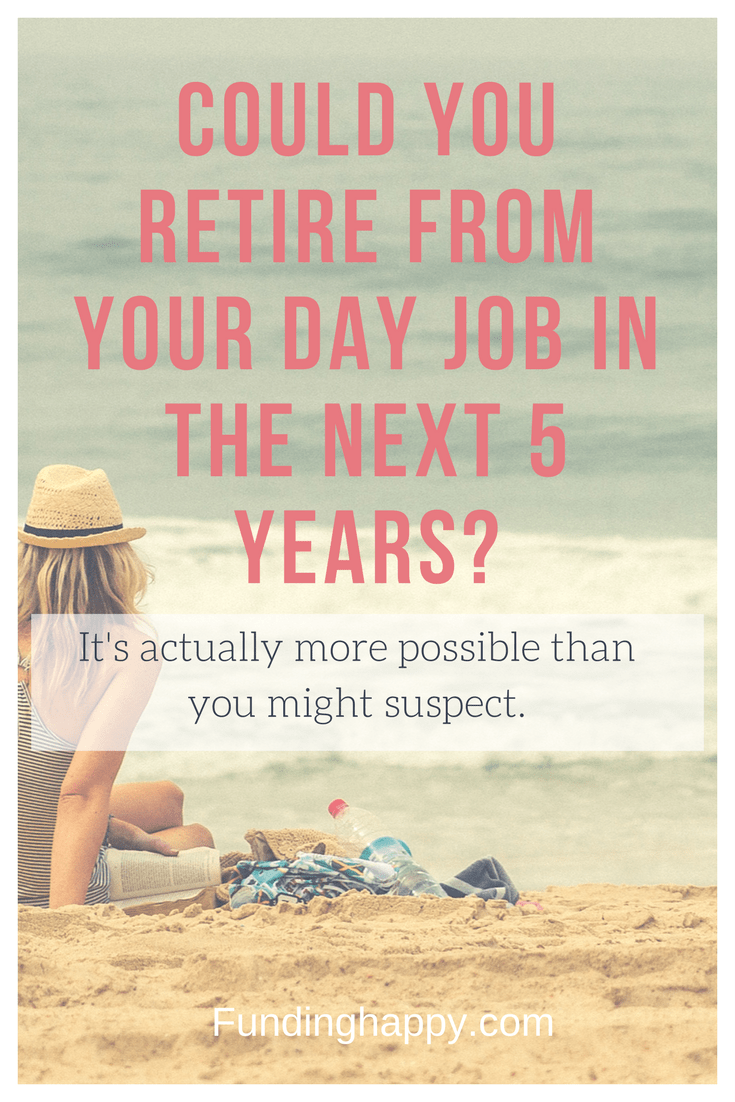 Financial Independence (otherwise known as “FI”) is simply having enough money that you no longer have to work to earn a living. Your money does that for you, whether it’s dividends from investments, income from real estate, or having a really sweet Sugar Daddy/Mama paying all your bills (not sure this one qualifies as “independence”, but you get the idea).

Retire Early needs no explanation, only what you might not realize is that there are many people with average incomes retiring in their 30’s instead of waiting until their 60’s.

While these are simple definitions and there’s nothing new about either idea, I think most people in the Western world don’t consider this an option because they assume it’s meant for those lucky few in the 1%.

I thought that too.

But somewhere in the middle of 2017, I stumbled upon this amazing subculture of regular, normal people like you and I who are focused on building wealth so that they can retire from their day jobs and just live off the proceeds of their investments.

Now, you might be thinking, “okay, that’s great but I don’t want to live on kibble and buy my underwear at the local Goodwill”.

Neither do I.
But if you’re willing to minimize unnecessary spending as much as possible and optimize your savings so that you never have to work another day in your life (if you don’t want to) those second-hand undies may start to sound more appealing. (Okay, kidding here, second-hand undies are gross.)

The point is that the road to financial independence is paved with many personal trade-offs, but the commute is not as long as you think. It’s totally possible and the more creative and flexible you are, the faster you’re going to get there.

[bctt tweet=”The road to financial independence is paved with many personal trade-offs, but the commute is not as long as you think.” username=”fundinghappy”]

But what if you don’t want to retire early?

Some people can’t imagine not working because it gives their lives structure and purpose. Some people LOVE their jobs and can’t imagine giving them up. If that’s you, I say – rock on, unicorn! But the reality is that most of us don’t feel that way about our primary jobs. More to the point, financial independence can make any job way less suck-worthy because you have the choice to walk away at any point. Financial independence provides the freedom of having absolute control over your time, energy and choices and that’s a very VERY happy-inducing place to be.

[bctt tweet=”Financial independence makes any job way less suck-worthy because you have the choice to walk away at any point.” username=”Fundinghappy”]

The best part about FIRE (or even just FI) is the quality of life it affords and the ability to say “no” to doing things you don’t want to do. Consider how that would change your life! Perhaps it would alleviate unnecessary stress, open doors to more appealing opportunities or just allow you and your family to enjoy your lives in a much more meaningful way.

I can’t believe it’s taken me this long to write this post because it’s the #1 reason I started Funding Happy. The entire message behind this website is to fund what makes you happy – your time, your freedom and your creative energy.

This is a phrase I’ve coined for my own situation based on my age and level of financial independence. I’ll write more about this in a future post, but the point is that retiring early is relative based on how old you are when you first set that goal. I know several 20 and 30-somethings that view early retirement as something you do in your 40’s. As someone who is well into their 40’s already, I may have skipped the boat on the millennial version of early retirement, but that’s not really my goal, anyway.

Financially, I am at a place in life where I don’t have to do work I hate. I’m not entirely financially independent (I still need some income), so I call myself semi-retired in the sense that I can be picky about the work I do. I call this the “pants-optional” phase of my career because I hate commuting so I will only accept work I can do from home.

Okay, I just realized I should be careful about using the term “pants-optional” when talking about my career.

So while I’m not fully retired, I consider myself retired(ish) as I want to write for a living until the day my fingers can no longer translate my thoughts.

How to get started on your road to FIRE.

There is SO much to write about here, and while I’m not a guru at investing money (by a long shot), I am pretty savvy when it comes side hustles and saving, which are two key areas of accelerating financial independence.

My recommendation is to start where most of the FIRE community starts – Mr. Money Mustache.  His ideas are often considered radical, but his philosophy about money will change your life as it has for so many.  From there, head to Rockstar Finance to find a ton of personal finance bloggers who have already retired (or who are well on their way) and start following their journeys for inspiration.

Now I’d like to hear from you!  Does this sound like nonsense or is it something that appeals to you? 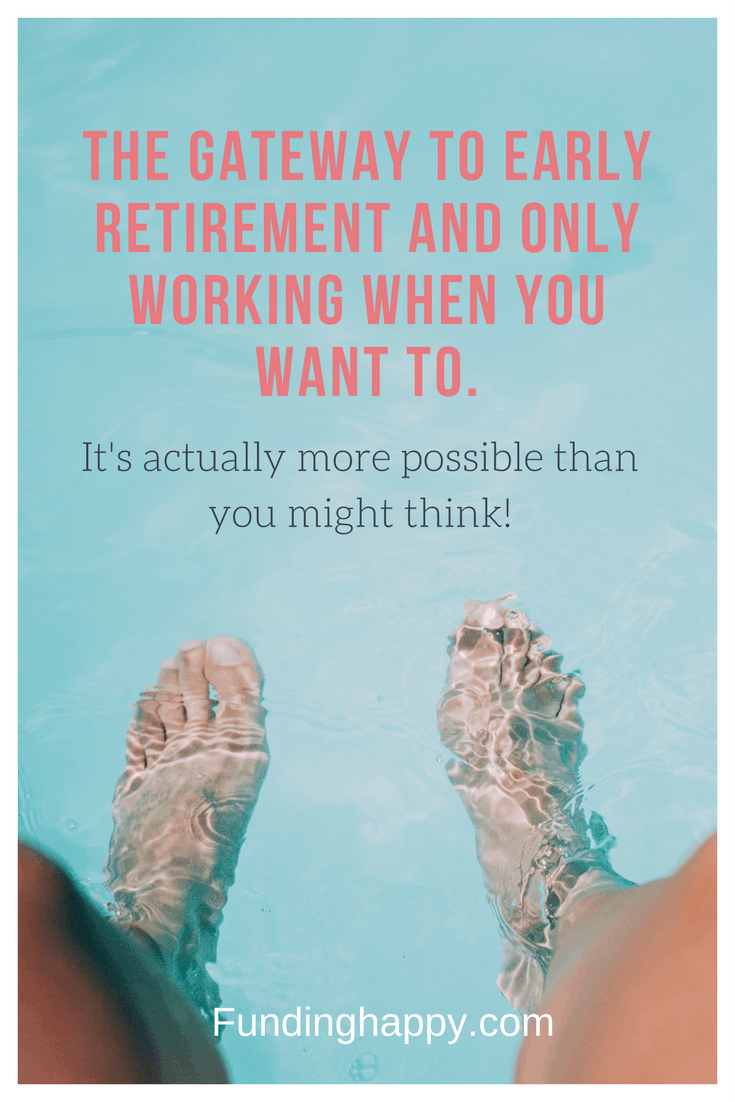 « Previous Post
Overcoming Your Emotional Attachment to Stuff.
Next Post »
Marriage & Money: How to Set Your Spouse on FIRE