Lately I’ve been trying to unload “stuff” I don’t use. Most of it has gone to Goodwill, but there are other things that I find too valuable to donate yet selling them is harder than I expected.

I have an apple watch that my husband bought me for Christmas a few years back. I have rarely worn the thing and to be honest, I don’t get much value out of it. I am constantly staring at my phone or computer (sad, but true), so I always know what time it is. As for the other features – meh… not really interested in them. So I put the watch on ebay and see what happens.   **Insert cricket sound.**   I guess I’ve overpriced it at $170, but like most things, we always overvalue what we own. It’s a psychological phenomenon called the endowment effect. 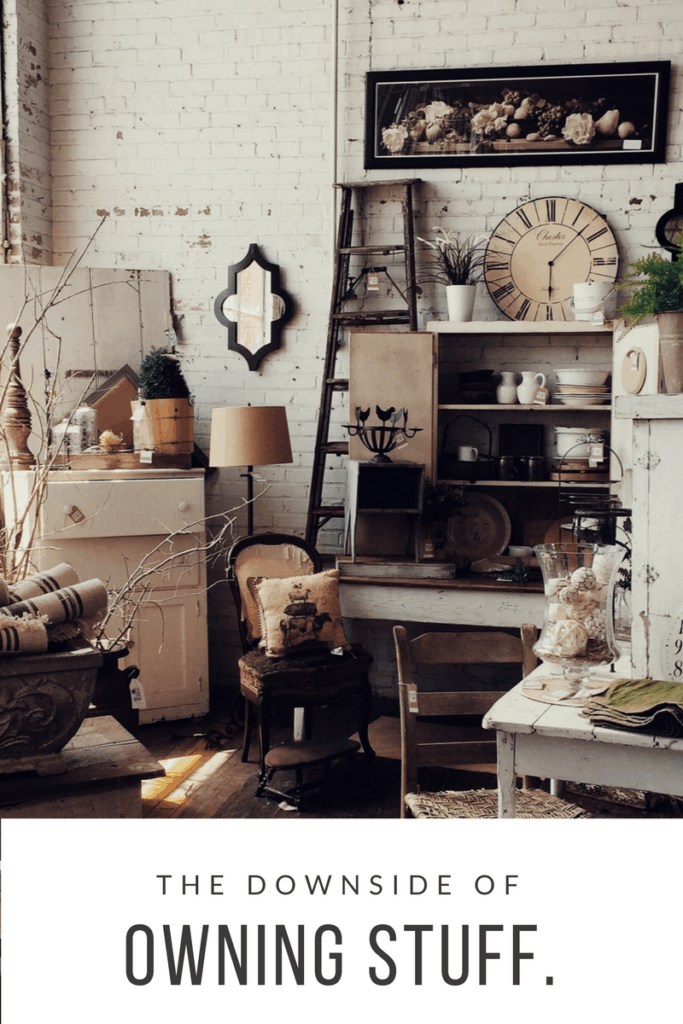 So given that it wasn’t selling, I decided to try Facebook Marketplace. BIG mistake. I’m not sure where Facebook is going with that platform, but I ended up getting some emails from pretty sketchy characters offering low ball figures who failed to follow up if I agreed to their price. I decided to pull the watch from FB because I didn’t really want to hand deliver anything to these people. I’m not sure if you guys have had much success with Marketplace, but I think it’s a waste of time.

When it comes down to it, selling your “stuff” can be more trouble than it’s worth. My experience trying to sell this watch has really shown me how owning things we don’t use can be cumbersome. I have to keep the damn thing charged in case I do want to use it and I have to keep all the packaging in case I do actually end up selling it.

Sure, it’s not a big pain in the ass, just a minor pinch, really, but when you think of it, I have so many little pinches in the ass with all this stuff I own, that it all adds up. No wonder we’re all suffering from so much anxiety and depression these days. We have so many little, minor stresses that snowball into larger sources of anxiety that we can’t quite put our finger on the single cause anymore.

So there’s not much I can do about the stuff I’ve already acquired other than continue to use it, donate it, or accept that its value is much less than I place on it and therefore sell it at any price I can get. But the greater lesson here is that once I acquire something, it becomes not just my possession, but also my burden. My burden to care for it, get it fixed if it’s broken and ensure it’s got what it needs to run as it should (my watch requires energy and wifi to power it).

The same thing goes with cars, homes, boats, jewelry, expensive clothes, art, technology and all the other stuff we accumulate. It requires space to store it, experts to maintain and repair it, often insurance to cover the cost of replacement and whatever else is required to keep the stuff useable. I learned first hand how much of a drag this can be when we owned a lake home in Southern California. If we weren’t buying stuff to fill our home, we were paying someone to fix it, paint it or (gently) remove critters from it. And then we had to spend as much time as we could there, just to justify the cost of maintaining it, which was stressful in itself.

Eventually, we took a loss on the home when we sold it (after we had a break in which is another story), but it was a relief to get rid of it. I’ve vowed never to own a second home again. With all the options to rent homes through Airbnb and VRBO, I see no reason to assume the burden of vacation home ownership again.

This perspective has really enlightened me to the purchasing decisions I make, largely on autopilot. There’s such a striking similarity to buying and eating habits. We consume mindlessly because we want what we want, but when the consequences show up in the form of stuff or fat, we wonder how we ended up where we are. When we try to cut back, we experience a visceral sense of deprivation that keeps us wanting to go back to our consumptive habits. Because we deserve to consume. We work hard to have that privilege.

But instead of looking at less consumption as a deprivation, I see it now as freedom. Freedom from the weight of carrying everything I consume. It feels lighter, calmer and much less stressful to consume less. Less stuff and less feeling of “stuffed”.

So the big “ah ha” for me here is to focus on saying “yes to less” rather than saying “no to more”. It feels less like deprivation and more like freedom from burden and anxiety.

What are your thoughts on consumption? Do you think you could be more mindful of what you acquire?

« Previous Post
Dave Ramsey - Financial advice with a side of Jesus?
Next Post »
Adventures in Minimalism (there’s no turning back).