This is not my first minimalist rodeo. I went on a “stuff binge” after Marie Kondoizing my house last year. Actually, it was a pretty lame attempt as you’ll never catch me folding my t-shirts and standing them on end. It’s just not my jam.

But I DID take that opportunity to get rid of a bunch of stuff. I have no recollection of what I got rid of, but I don’t miss any of it (clearly), so I guess it wasn’t that important to me.

That makes me kinda sad.

It makes me realize that most of what I spend money on has little to no value and not only would I have a hard time selling it (remember the Apple watch fiasco?), I don’t even miss it when I give it away.

Lately, I’ve been cutting back a LOT on my extraneous spending. Not with the intent to radically reduce my expenses (although that’s a part of it). It comes more from a place of wanting less stuff in my surroundings and realizing that stuff really isn’t all that important. Or most of it’s not.

My amazon bill has gone down ENORMOUSLY in the last few weeks as a result of this mindset shift. I did do a little shopping yesterday for 2 new rugs and a kindle adapter. I figured the rugs will contribute to our comfort, which is a huge value for me and the adapter was a necessary evil as I left mine in Cabo. If I can keep up this sense of “reasoned shopping” (i.e., not buying something because I’m bored/sad/lonely/in need of a temporary fix) I’ll be able to maintain a more minimal lifestyle.

Meanwhile, I’m now on day 7 of the Minimalist Game, coined by the Minimalists themselves. The idea is to give up a sequential amount of stuff every day for 30 days. So, day 1, give up 1 thing, day 2 give up 2 things (you get the idea).

Day 1 I decided to let go of my Breville juicer which I’m sure I paid more than $100 for and used about three times before I realized I hate juicing and I hate cleaning a juicer even more.

Here’s the sad part – I offered it (for free) to all my local friends and no one wanted it. I can’t even give my so-called “valuable” stuff away!

Back to the minimalist game…

Here’s where I ended up…. 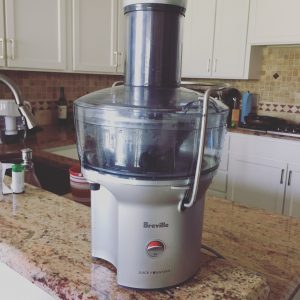 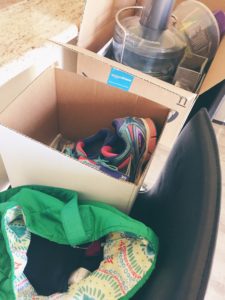 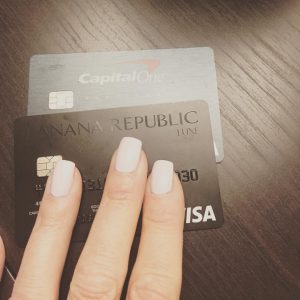 It’s mostly kitchen items, clothes and a few odds and sods. I didn’t count the things I found that just got pitched in the garbage.

Next week things are going to get harder as I have to round-up 77 items. At this point, I have no idea what I could purge, but I’m pretty sure I could figure it out.

But even though this is hard to do, it’s important work. It’s like peeling back the layers of stuff that has no function or purpose. It just exists.

Yesterday I saw this tweet from the Minimalists – “Get rid of the excess that makes life opaque so that everything worthwhile shines through.”  That’s been on my mind all morning as I go through my stuff.

Quick tip on making this process easier:  Keep a bag and a box in several rooms where you think the most purging will happen.  It just makes it easier to constantly be purging and always keeps the process top of mind!

I’ll check in next week with an update on my purge progress. If you’re interested in playing along, just start. The rules are simple.

Let me know how you do!

« Previous Post
Once you've bought it, it's your problem
Next Post »
Would you rather have more work from home days or a 10K raise?