Once again, I’m not talking about pyromania here, but rather the concept of F.I.R.E. (financial independence to retire early). These are my ideas on how to influence your spouse to buy into the idea of taking control of your life and finances.

So maybe you’ve just read Mr. Money Mustache front to back, consumed every personal finance book and blog known to man and you’re now researching tiny houses and how to farm your own chickens. You’ve been officially indoctrinated into the FIRE movement and you’re totally sold on the idea of controlling your spending with the intention of building wealth that will sustain you for the rest of your life.

Don’t have any idea what I”m talking about? Go back and learn how to set yourself on FIRE first.

I know what that initial passion is like. When the idea sinks in, it can feel like your whole worldview has changed. No longer are you willing to spend money unconsciously because you now realize that with every dollar you waste, you take a few steps away from your goal of absolute peace and freedom.

It can be a real mindblower (and I speak from experience).

But what happens when your spouse isn’t buying it? 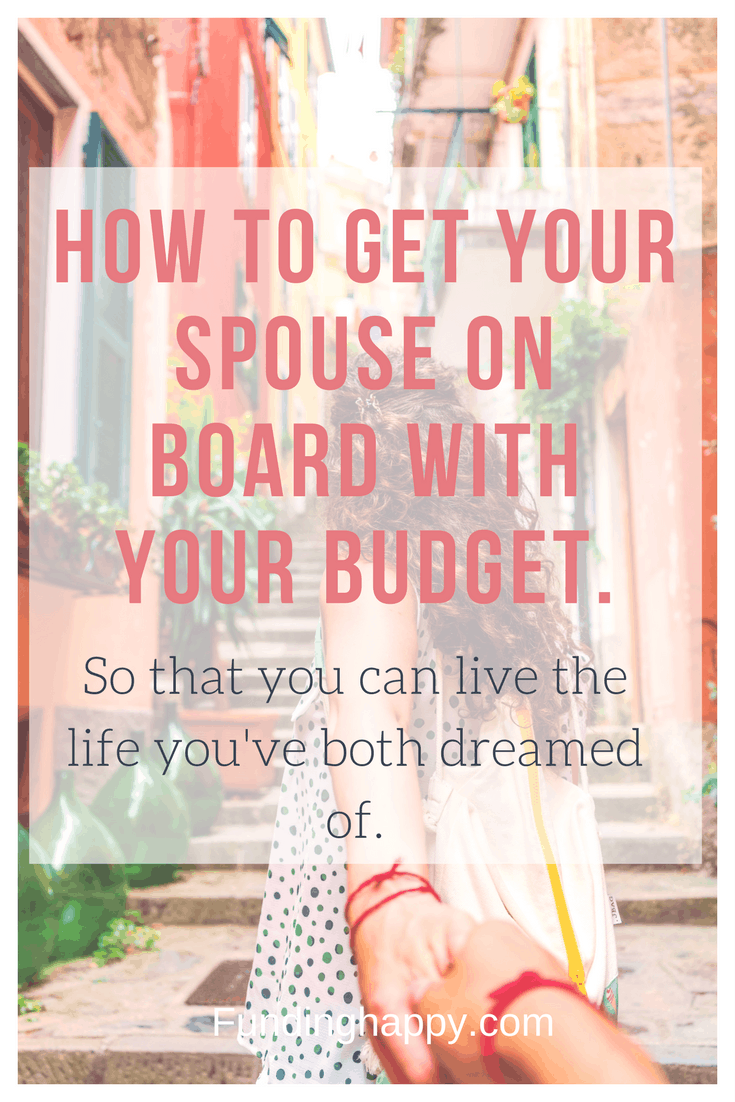 It happens! Let’s face it, the idea of frugality, minimalism or deprivation of any kind can feel like a threat to most people.

Hey honey, let’s commit to saving 70% of our income so we can live on less than $50K per year and then retire early and keep doing the same!

Not a good sell.

A better approach would be to ask your spouse if they could see a path to early retirement, would they be willing to make some lifestyle changes to achieve it? They’re probably going to say “heck ya!”, and then you can have a real conversation about just how much either of you is willing to sacrifice to make it happen.

Here’s the thing. You can’t sell people on the idea of deprivation. It needs to come from a place of being more intentional with spending and having a clear vision of the future, which might look different for each of you. Appreciate that no one wants to be told what they can and cannot do with their hard earned money. Ultimately, we all want control and choice, so approaching this with a fully baked plan might make your spouse feel like they’re not part of the decision.

Before you Pitch the Idea of FIRE, Build Some Awareness

Most people don’t have a clue about early retirement because we never hear about it. It’s not something the Jone’s are doing, so why would we even know it’s possible? I recommend that you start to warm your spouse up to the idea by sharing inspirational stories of other people who (with a similar life circumstance to your own) have done it.  The more your spouse can see themselves in the stories of other people who have done it, the likelier they are to believe it’s possible. 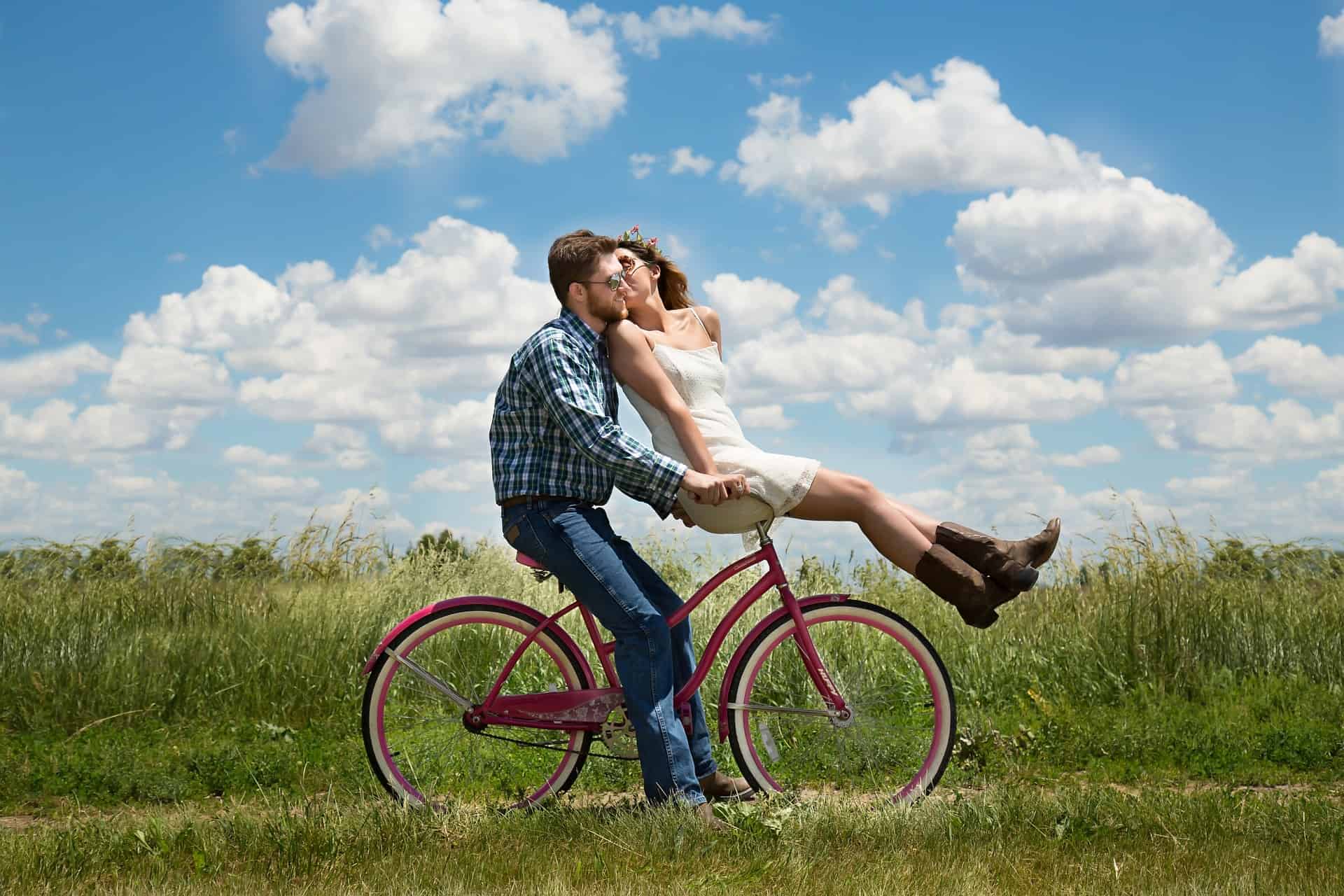 When You’re Ready to Pitch the Idea, Give them the Simple Math

I have found this basic principle to be the best way to conceptualize an early retirement: save 25x your annual spending and/or have enough saved that you can live off 4% of the returns of your investments. So if you have a million dollars saved, that’s a $40K annual salary for the rest of your life.

Help them see that FIRE is possible

Depending on where your finances are when you’re having this conversation, it may seem completely out of reach to have a million or more dollars saved for retirement. But no matter where you are, you can start right now to save more of what you earn, and earn more that you can save. It’s absolutely a mindset shift and the interesting thing is that once you start building momentum toward your goal, the journey can start getting pretty freaking exciting.

I think the thing that will hang up most people is that idea of deprivation. As a couple, you have to find a happy medium where your cost of living is low enough that you’re saving without feeling overburdened or uncomfortable with the choices you’re making. Your cost-of-living has to be sustainable for the long term, not just until you’ve reached your FIRE figure (the number at which you feel comfortable calling yourself financially independent).

What to do if they don’t buy it?

If your spouse says a big hell no to your hopes and dreams, fear not. There are always compromises you can make. You can try planning for a mini-retirement, separate your finances so that you can work toward FIRE on your own (this route feels sad to me), or you can aspire to be Retired(ish) instead. This is the path my husband and I have chosen for ourselves and we’re both 100% onboard with it because it affords us a better lifestyle while still allowing us to do the work we’re passionate about.

But most important in all of this is that regardless of how your spouse reacts initially, over time they may come around. The key is to walk the talk in your own life. If you want to show others that they can be happy living with less, then start role modeling that behavior. Commit to starting down the FIRE path by shopping less, owning less, clearing clutter, saving more and pushing back on obligations that don’t serve you. As you simplify your own life, you’re going to be happier and your spouse will eventually see the attraction to it.

Good luck and remember this …. People are watching what you do, even when you don’t think they are. Use your life to inspire others by making intentional choices that improve your life circumstance. I guarantee you will eventually bring others along for the ride with you and what an awesome message to impart on the people you love.

« Previous Post
Light Yourself On F.I.R.E. This Year (Financial Independence + Retire Early)
Next Post »
A Minimalist Valentines Day: How to Celebrate Your Love Without Buying Crap <3

I help busy professionals with ADHD-tendencies hardness their energy and focus so they can achieve more ease and flow in their work and life.