There’s a tendency to believe that minimalist exists on the bare minimum, where needs are met, but wants are discouraged.

Perhaps this is what minimalism is to some, but certainly not to me.

For me, it’s much deeper than that. It doesn’t matter how many items I own, it matters that they serve a purpose. That they contribute in some way to the best possible version of myself, and yes, that includes my curling iron and three shades nude lip gloss. 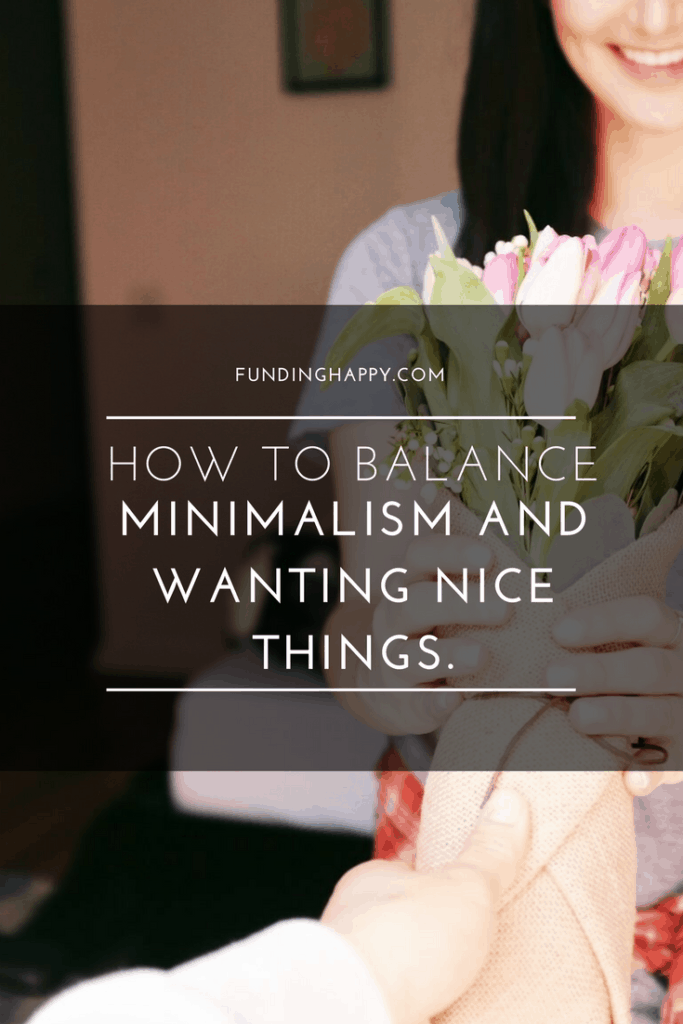 If you own six hair brushes but you use all six of them because they give you equal benefit, then fabulous. It’s not minimal, but it’s purposeful. The problem starts with mindless accumulation of more when what we have is already enough. When we bring things into our homes and lives that don’t make sense to who we are or how we live to try to fill a void. Often we do this because we think these things will help us become the people we aspire to be, but it rarely does. I have owned nine pairs long-distance running shoes, but I still haven’t run a marathon.  This is where the fine line between wants and needs starts to separate.

Measuring the success of minimalism based on just meeting your basic needs is missing the point. Sure, it’s about wanting less, but you can still honor those wants that are important to you. It’s about enjoying and appreciating everything around you and choosing it intentionally because it serves a purpose of beauty or function (and let’s be honest beauty is just as important as function). With that said, to be a minimalist, start with being intentional. There’s no need to be austere or to ignore what your heart wants just because something is pretty. There’s no joy in living with less just because it’s less.

[bctt tweet=”With that said, to be a #minimalist, start with being intentional. There’s no joy in living with less just because it’s less.” username=”@fundinghappy”]