Last year, we made the move from California to Texas for reasons I’ll explain in this blog post. Overall it’s been a smart move financially, however I’ve also had moments of regret, mostly because moving can be socially isolating. Then the world changed in early 2020 and I’m 4000% convinced this was the right decision. 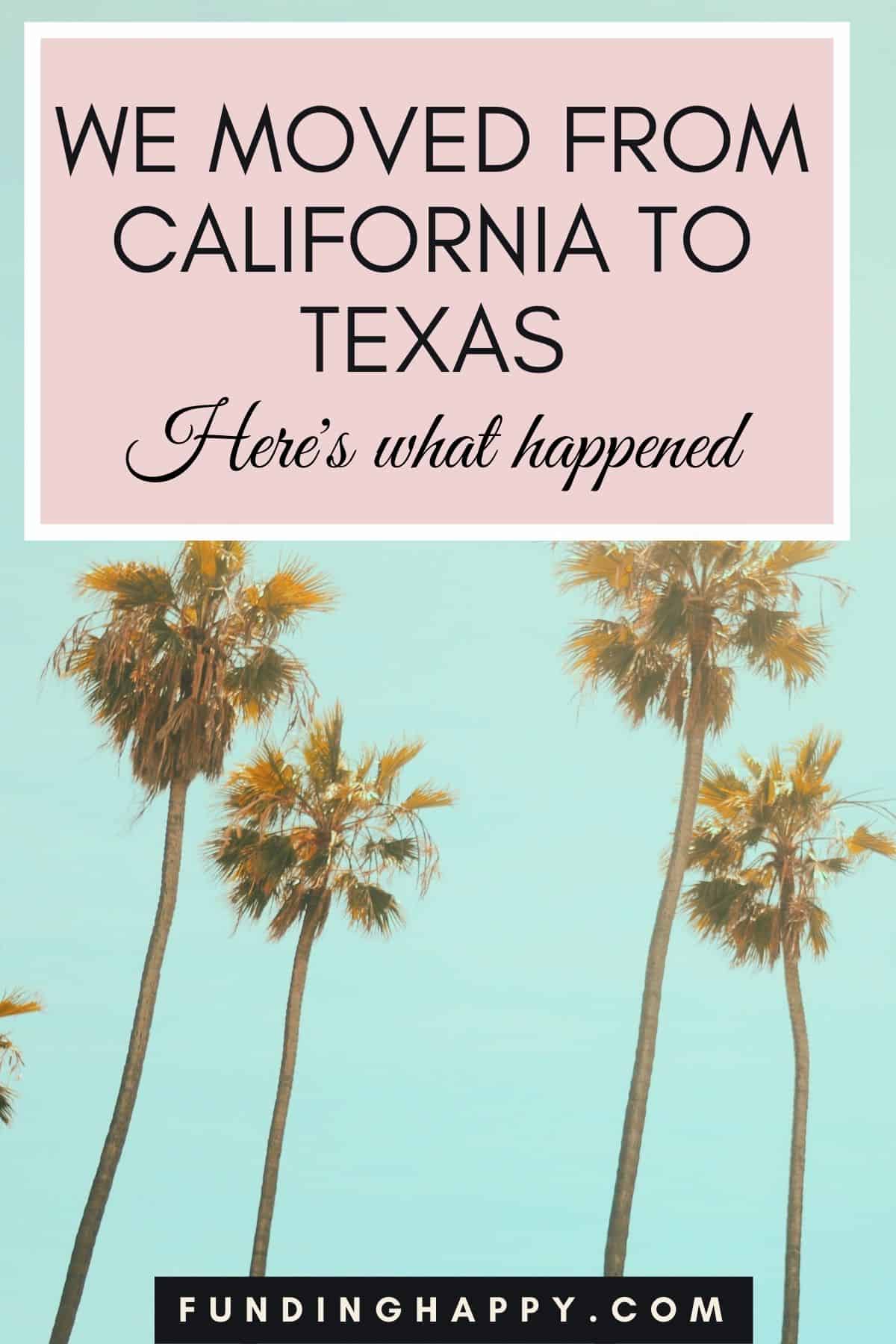 Why we moved from California to Texas

I’ve lived in California ever since moving from Toronto for a job in 2006. We (my husband and I) have lived in a few different places in the state (LA, San Diego and SF Area), but until last year, we were living in the heart of Silicon Valley, paying up the wahzoo for our overpriced home.

We decided to move to Texas for three reasons

Why we chose Austin, Texas

Twice the house at half the price

Upgrading our living space was a big factor in our decision to move and it’s been a gift during these weird times where we’re all sequestered at home. Our 2bed/2bath, 2000 square foot townhouse in the Bay Area sold in less than a week for $100K over asking. This is not unusual for that market.

In Austin, we have 3500 square feet on a ⅓ acre with 4 bedrooms, 4 bathrooms, a pool, a gym and a beautiful big kitchen. While I had some reservations going this big (we don’t need this much space) the house was love at first sight, it’s in a great neighborhood, the views are insane and this is both a live and work space for both of us.

It was also 50% of the cost of our Bay Area home, so it felt like a fire sale (even though it wasn’t).

Everything is big in Texas, including the homes. To be honest, buying this home went against my minimalist sensibilities (but I got over it!). Furnishing a large home is challenging because I know we’re not here for the long term (5 years, max) and then what will we do with all this big furniture?

I’ve been buying pieces strategically – knowing that we’ll end up selling some stuff and only investing in the pieces we’ll want to keep when we eventually move.

The Pros of Moving from California to Texas

I feel like I’ve covered a lot of these already. I must say, during this whole “Corona” experience, it’s been really nice to float around in the pool and go for long walks around our greenbelt community. Having extra cash from our Bay Area home sale is also very reassuring during this period of economic uncertainty.

The Cons of Moving from California to Texas

Moving to Texas Made Us Financially Independent

This is really the biggest win we’ve had moving here and ironically, it didn’t occur to me that we made it to financial independence until last week!  We have not only dramatically improved our net worth (because we did well on the sale of our Bay Area home), it also reduced our cost of living so much that we’re now financially independent. That statement comes with a huge caveat however, because if we move back to California, that will change.

Financially Independent But Not Retired (Or, FIRE)

My husband and I both still work day jobs and have side businesses. I don’t see that changing for the next little while (because we’re happy with the status quo), but if the economy tanks and either of us lose our jobs, we’ll be fine. Not having to stress about this is the greatest gift we could have ever given ourselves and the number one reason why I started this blog.

Should you move from California to Texas?

If the right work opportunity is available, I think it’s a great bet.  The quality of life is better, the restaurants are insanely good and the people are open-minded and progressive. You’ll enjoy more space, less taxes and plenty of bbq (vegans will have great options as well).

If you do come, be sure to get a spot with access to a pool, or budget for a long summer escape in August because the heat might just drive you crazy.

« Previous Post
The Skills & Training You Need to Blog Full Time
Next Post »
Love your Life, Not Theirs: Rachel Cruze Thinks You Don't Need a Credit Card (or Even a Credit History)

I help busy professionals with ADHD-tendencies hardness their energy and focus so they can achieve more ease and flow in their work and life.