I’ve been writing about my journey to minimalism for a while now. I have to say, the purging felt good. I enjoyed sharing pictures of all the belongings I pitched. I felt self-righteous about my new-found power to “just say no” to more stuff. 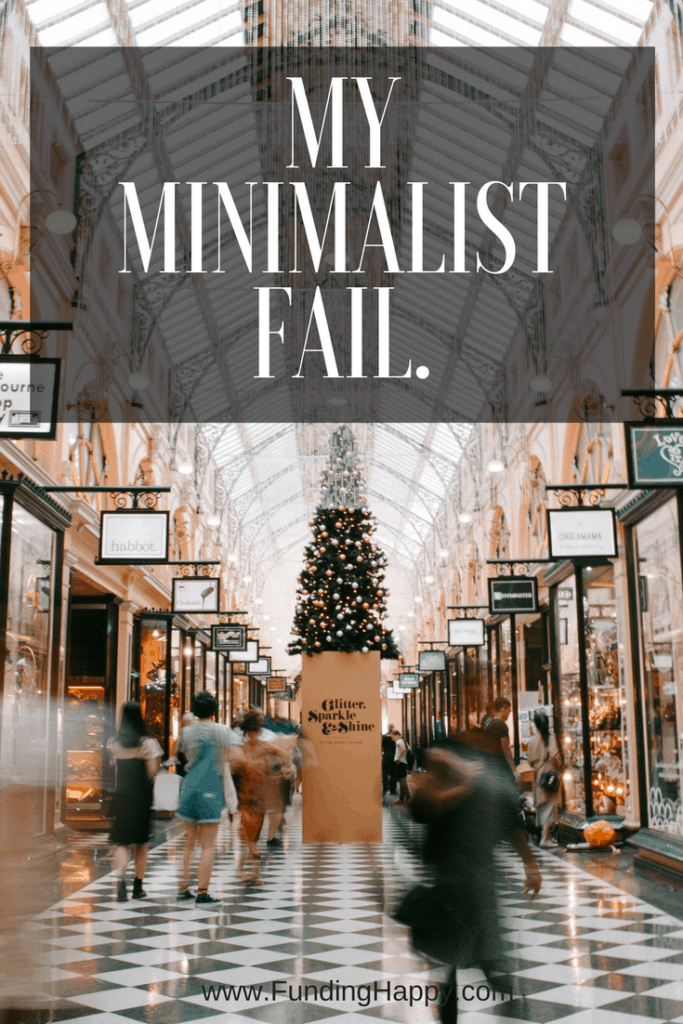 But then the Nordstrom Semi-annual Sale happened and I completely fell off the rails. To be fair, I was starting a new job, so I needed some new threads, but not to the extent that I went to.

That was my first indication that my minimalistic veins really didn’t run that deep.

Then there was the deep regret of ditching things that in retrospect, I wasn’t ready to part with. Books I now need to buy again. Important papers that got accidentally tossed out in the flurry of purging, like my naturalization certificate. How did I let that thing go?

I’m not suggesting that I won’t continue to lean toward less and live a simpler life, but what I’ve learned along the way is that rash, sudden decisions to purge can often be as detrimental as the impulsive nature to acquire.

I’ve come to believe that minimalism is more of a spectrum than a destination. It’s the active pursuit of less, but not for the sake purging, but for the goal of living with just enough. Nothing excessive, but comfortable and reasonable.

The Minimalists, two men who have inspired my journey to live with less, go pretty far into the spectrum. They advocate getting rid of things like university diplomas, family pictures and other things that you don’t truly love or use often. Now that I’ve gone there, I wish I had slowed down and consider what parting with those things really meant. Mostly, it’s books, pictures, and paperwork that I’m missing, but there are a few household items that I wish I still had as well.

I’ve spent a great deal of time and energy feeling conflicted about where I am on this journey. I realize that I’m very prone to driving hard to get to a destination, only to realize it’s not where I want to be. I’ve done the same with careers, weight loss, relationships, and travel. But it’s also made me realize that just because I want to have more than just a few treasured belongings that fit in a single suitcase, I can still identify with the overall goal to be mindful about spending. To be picky about what I acquire and to mindfully let things go when they’re no longer needed. I don’t need to be in such a big hurry to meet the criteria that define the modern day minimalist. Instead, I need to decide what that means for me, personally.

I suspect that’s a pretty good way for all of us to live. Make your own sign posts and accept that the journey will take as long as it needs for you to fully arrive exactly where you want to be.

« Previous Post
How to Stop Buying Clothes You'll Never Wear
Next Post »
Why You Don't Want to Buy That Vacation Home.