Regrets, I have a few, but then again, too few to mention (record screeches to a halt).  Oh yes, I’ve got more than a few regrets I can mention.  Even as someone who keeps a close eye on her funds, my lifestyle has become more high-maintenance as my income has grown.  So much so, that now I couldn’t ever imagine going back to the way things used to be, only a few years ago.  The diva in me has expanded.
The idea of lifestyle creep is that as your income grows, so does your penchant for nicer cars, holidays, homes and wardrobes. The concept is extremely common in practice (although not often considered). Your tastes have probably refined dramatically since your broke college days, and you’d probably much rather eat at a fancy restaurant than Taco Bell, but the amount of creep you let into your life, can be detrimental. Not only does it influence your appetite for finer things and creature comforts, it also drives up your burn rate (the rate at which you burn cash) while deteriorating your capacity to save. Both of these variables have a huge impact on your perceived and actual quality of life. 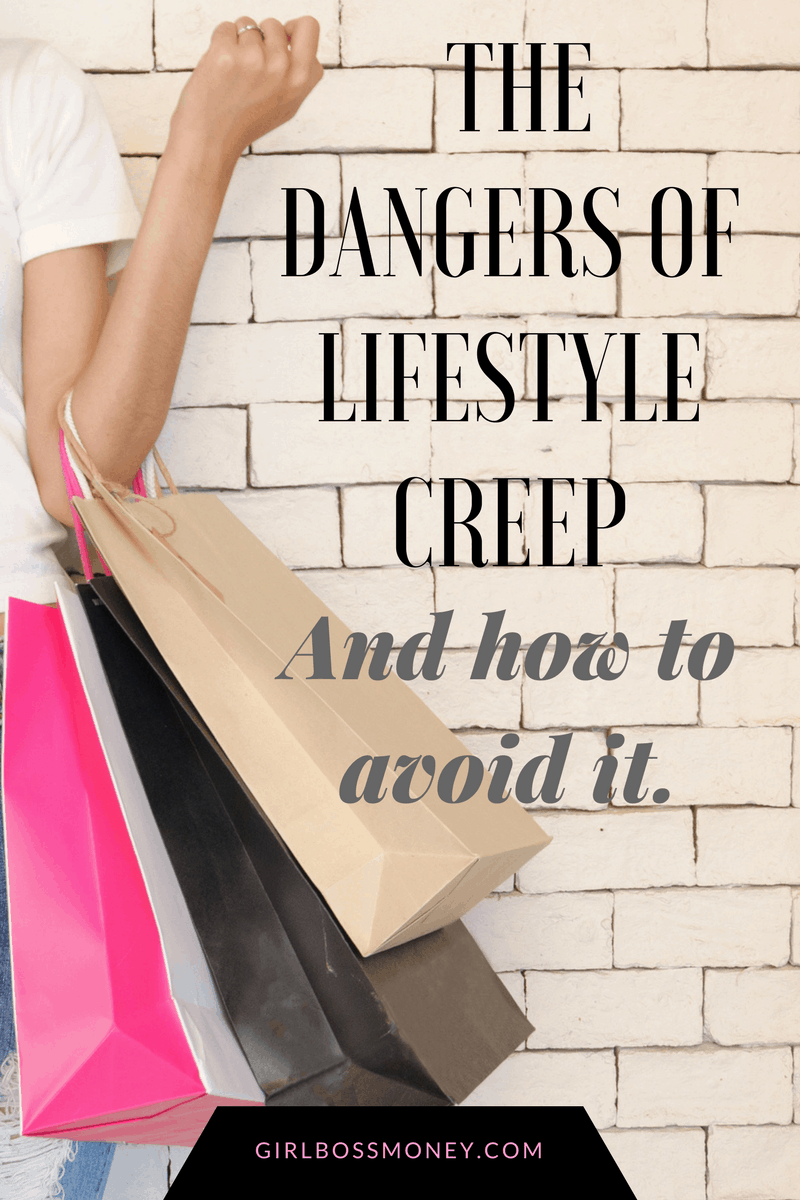 I find that most people start experiencing the creep when they hit their 40’s, which is generally their highest earning years.  You’ve probably also got a couple of kids at this point, so the need for a bigger house, car and vacation allowance is typical.  But how much do you let these expenses increase?  For example, now that you’re a family of 4, do you just 4x your budget for an annual trip to Hawaii, or do you opt for less expensive vacations like camping? Do you need a BMW X6 to drive your kids around in or would a Toyota Minivan work just as well?

I’m not trying to shame anyone here and the reality is that you’ve earned the privilege of having more choices in your 40’s than you did when you were 21, but the key is to know where creep is harmless or even good, and where it’s just derailing your efforts to live the life you want to.  And let’s be honest… that typically happens when we compare ourselves with our peers (if my neighbor Joe can afford a BMW, I can too).

If I haven’t quite convinced you of how prevalent lifestyle creep is, then consider these stats about people in the US:

If this sounds like you, clearly you’re in good company, but how do people get here?  By inching up their lifestyle expenditures as their salary increases.  The process starts as soon as we begin bringing in an income.  When you go from making $20 a week delivering papers at the age of 12 to making $9 an hour in retail at the age of 16, you can start to afford your own clothes and go to the movies, so that’s exactly what you do.  When you’re out of college and in your first job, you can afford a car or an apartment without roommates, so you do that, too.  By the time you’re 40, you’re earning enough to get a new car every 3 years, take at least 1 fancy vacation a year, and maybe even own a 2nd home at the lake.  Creep, creep, creep….

Beware of the 40-something lifestyle creeps

There’s no scientific evidence to the following, but between my own behaviors, those of my peers, and the crazy stats I shared above, I see these things as typical creepers to be aware of:

Lifestyle Creeps  that are mine all mine

To distract you from the judgy thoughts you’re probably entertaining right now, let me share with you, a “vase?” someone recently spent $6,500 for at a local museum auction.

Overall, by staying aware of this concept you’re halfway there in terms of managing it.
Now let’s talk about your creepers.  Common now, I shared mine!  🙂
« Previous Post
Survival is for suckers - it’s time to thrive
Next Post »
An unfiltered experience of a Beachbody Coach